Mara – Instilling a Tech Revolution in the Southern Hemisphere

The release of ‘Africa’s first smartphone’ has created a wave of excitement on the African continent, and rightfully so.

The first smartphone manufacturing plant of its kind, on the African continent, Mara claims that it is made entirely on African soil – from the motherboard to the packaging you tear open.

What’s more exciting (for us South Africans perhaps) is that in just a few days, South Africa will see its own Mara manufacturing plant opening at Dube Trade Port in KwaZulu-Natal. A commitment honoured by Mara CEO, Ashish Thakkar, at the inaugural South Africa Investment Conference in 2018.

There’s plenty being written on the phone itself and potential market penetration in Africa. So here’s a few exciting points to be highlighted:

A high quality, more affordable smartphone allows more people in Africa to own and use this type of device that is becoming virtually impossible to live without.

Thakkar spoke about Mara ‘…enabling financial inclusion micro-lending and micro-insurance…’ and how ‘…this can translate into better education, digital healthcare and agriculture efficiency and improve commerce.’*

While the phones do retail at a higher price than current competitors such as the Tecno brand, they’re certainly a whole lot cheaper than other Android imports.

Having said the above, the next deduction is logical – with more people exposed to smartphones in Africa, the gates are wide open for more effective digital marketing.

Currently there is a fair amount of USSD technology being used across Africa. Smartphone usage in South Africa alone is at a mere 60% of the adult population. Introducing an inexpensive smartphone phenomenally increases the reach we can have using these devices.

A massive issue in this beautiful country we call home is the pace at which the economy is growing and the lack of employment that relates.

CEO of Mara, Ashish Thakkar, has promised to invest a total of R1.5 Billion over the next 5 years, generating ‘hundreds of high-skilled jobs and thousands of indirect jobs.’ **

This inadvertently includes a transfer of skills in the technology industry, which over time will lead to further tech products coming out of the Southern hemisphere.

Both Rwanda and South Africa have various programs in place, designed to increase digital literacy and bridge the digital divide we currently see in many African cities. The Mara smartphone is hopefully just the start of many projects that will aim to assist in this venture of education and job creation.

Overall, this is something to be shouted about – a smartphone made entirely in Africa, creating jobs and encouraging digital literacy. Positive news to be spread! 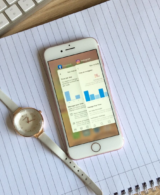 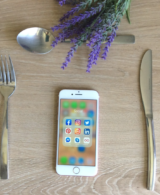